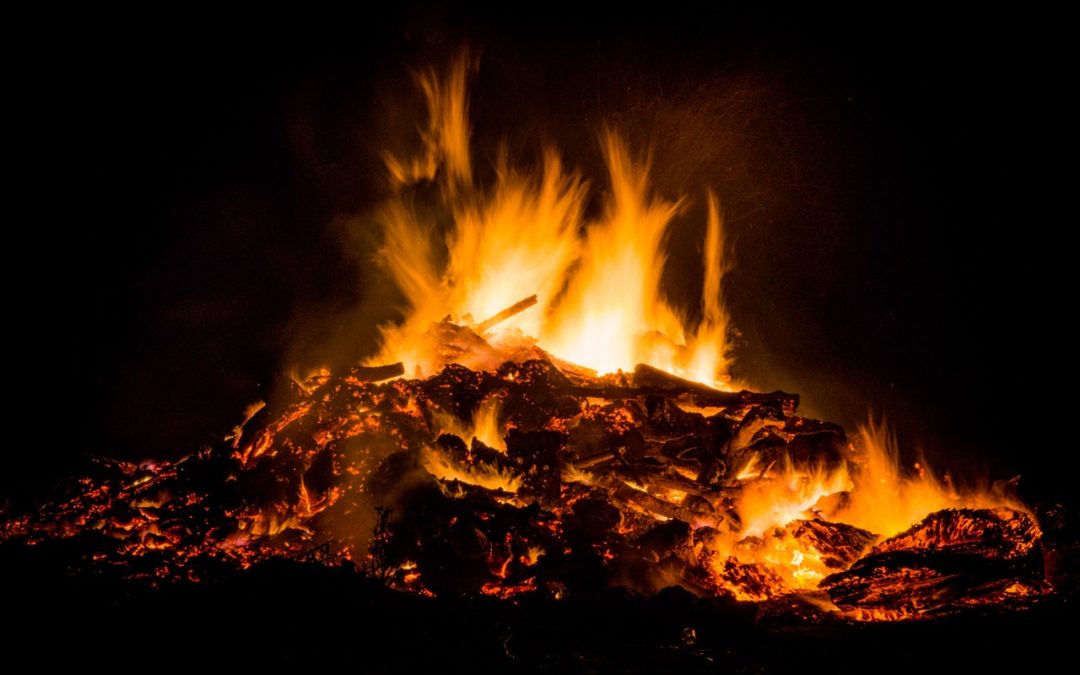 The ship that Paul rode to go to Rome encountered a storm.

“Once safely on shore, we found out that the island was called Malta. The islanders showed us unusual kindness. They built a fire and welcomed us all because it was raining and cold. Paul gathered a pile of brushwood and, as he put it on the fire, a viper, driven out by the heat, fastened itself on his hand. When the islanders saw the snake hanging from his hand, they said to each other, ‘This man must be a murderer; for though he escaped from the sea, the goddess Justice has not allowed him to live.’ But Paul shook the snake off into the fire and suffered no ill effects. The people expected him to swell up or suddenly fall dead; but after waiting a long time and seeing nothing unusual happen to him, they changed their minds and said he was a god.

There was an estate nearby that belonged to Publius, the chief official of the island. He welcomed us to his home and showed us generous hospitality for three days. His father was sick in bed, suffering from fever and dysentery. Paul went in to see him and, after prayer, placed his hands on him and healed him. When this had happened, the rest of the sick on the island came and were cured. They honored us in many ways; and when we were ready to sail, they furnished us with the supplies we needed” (Acts 28:1-10).

Therefore, they treated Paul very kindly and went up to him and were cured of their diseases. God had changed the hearts of the barbarous people by protecting Paul and fulfilled the glorification of God.

Why did this hardship come upon Paul? Why did God allow such hardship to His child who received salvation? A servant of God who lives for the good news when those who are not children of God live without any problems?

The Bible says: “Yea, and all that will live godly in Christ Jesus (Yeshua Messiah) shall suffer persecution. 2 Timothy 3:12.

Like this, Satan hates the work that we saved people do. It wouldn’t be a problem to Satan if we didn’t preach the good news or serve God and just followed the flesh. But Satan will never stay still when we preach the good news and fulfill the will of God. He puts us into despair by giving us many problems and difficulties.

However, God will reveal His power inside of us and uncover His glory when we look up to Him and do not fall into despair but instead think, “God will work inside of us!”

Satan creates darkness, pain, and disappointment in our hearts. Regardless of our pain or if you are now in conditions to be disappointed, there is no reason for us to be discouraged if God is alive among us. God reverses the dark, disappointing, and difficult situations made by Satan into His glorifying works. That’s why I wish that you will have hope and faith when a difficult and hard situation occurs, and you will think, “Now, God will work for me!”